Only a very low WIS would miss a saving throw against a promoted tweet.
Sherman, TX 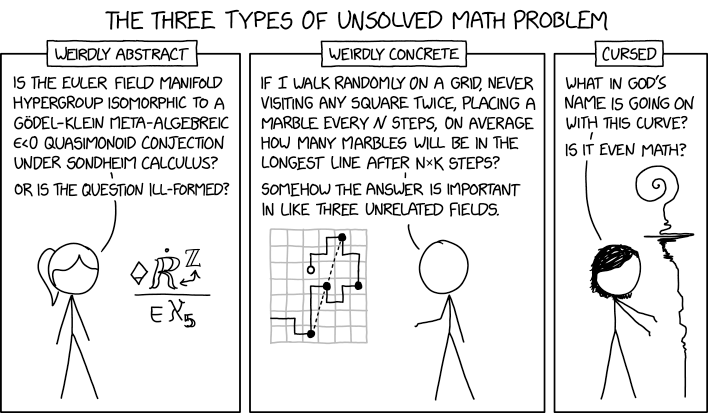 lograh
There was once a time when we had two alt-text bots. We didn't realize then how lucky we were.

wffurr
#1 is gobbledegook. #2 is a real problem. #3 might also be made up. https://explainxkcd.com/wiki/index.php/2529:_Unsolved_Math_Problems

alexanglin
It is quite the curve. These two are adorable

Trump’s ignorance was on public display during coronavirus meeting with pharmaceutical execs by Aaron Rupar
Tuesday March 3rd, 2020 at 11:38 PM 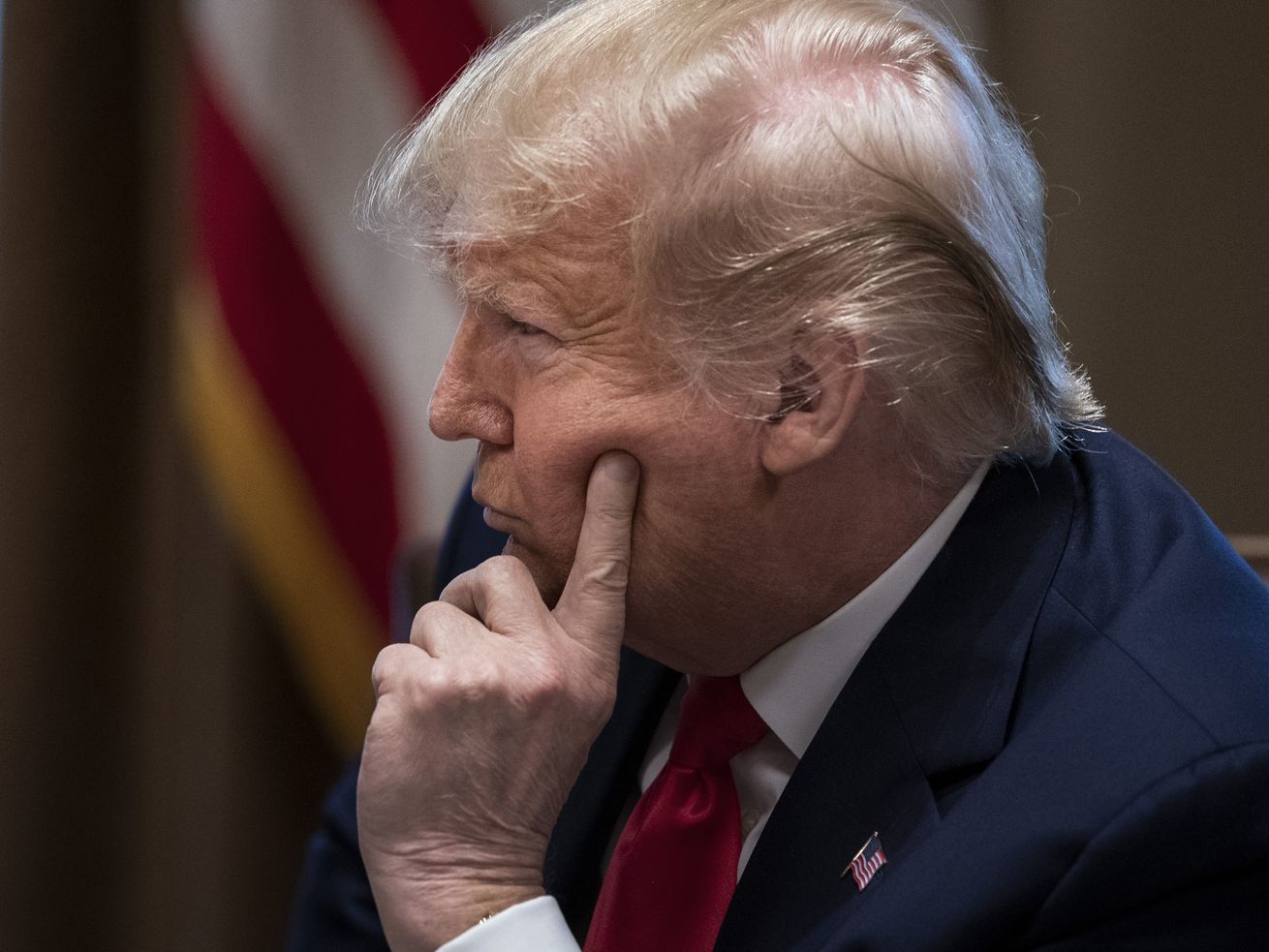 Trump during a meeting with the White House Coronavirus Task Force and pharmaceutical executives on Monday. | Drew Angerer/Getty Images

The president is pushing to get a Covid-19 vaccine before the election. It doesn’t work like that.

It’s understandable that during a White House meeting on Monday with pharmaceutical executives and public health officials, President Donald Trump pressed them to develop and deploy a vaccine to Covid-19 (the disease caused by the novel coronavirus) as quickly as possible. Beyond the obvious public health benefits, a vaccine could help allay fears, stabilize markets, and quell criticisms that his administration was unprepared for or mismanaged the response to the outbreak.

What is harder to wrap one’s brain around, however, is the level of ignorance Trump displayed about how vaccines work.

The World Health Organization (WHO) has already said it will take up to 18 months to develop a vaccine for Covid-19, the disease caused by the novel coronavirus — a time frame much shorter than the usual two- to five-year window. There are straightforward reasons it’s impossible to roll out new vaccines for public consumption overnight: They need to be developed, tested for effectiveness and safety during trials, approved by regulators, manufactured, and then distributed. Each of those steps takes time.

At one point during the meeting, Dr. Anthony Fauci, the head of the National Institute of Allergy and Infectious Diseases, tried to explain to the president that it would be at least a year and probably closer to 18 months before a coronavirus vaccine could be available to the public. But Trump didn’t want to hear it, and kept pressing the executives to come up with something before November’s election.

“I mean, I like the sound of a couple months better, if I must be honest,” Trump said, seemingly oblivious to the fact that the “couple months” time frame execs mentioned merely referred to a vaccine being ready for trials.

Trump on it taking up to a year to develop a coronavirus vaccine: "I mean, I like the sound of a couple months better, if I must be honest." pic.twitter.com/zvvrE9JnPS

Later, Trump pressed the pharmaceutical leaders on why they can’t just release the coronavirus drugs their companies are working on tomorrow — in the process revealing that he doesn’t understand the concept of clinical trials.

“So you have a medicine that’s already involved with the coronaviruses, and now you have to see if it’s specifically for this. You can know that tomorrow, can’t you?” he said.

"So you have a medicine that's already involved with the coronaviruses, and now you have to see if it's specifically for this. You can know that tomorrow, can't you?" -- Trump has no idea what a clinical trial is pic.twitter.com/PoA2usKZ9Z

Trump also wondered aloud why the flu vaccine can’t just be used for coronavirus, asking, “You take a solid flu vaccine, you don’t think that could have an impact, or much of an impact, on corona?”

“No,” one of the experts at the table replied.

Following the meeting, an unnamed administration source told CNN that they thought the scientists and experts were able to convince Trump that a vaccine would not be available for a year or longer.

“I think he’s got it now,” the source told CNN.

But if Trump does get it now, that wasn’t apparent during a political rally in Charlotte hours later, during which the president claimed pharmaceutical companies “are going to have vaccines I think relatively soon.”

Trump went on to portray the coronavirus problem in ethnonationalist terms: “There are fringe globalists that would rather keep our borders open than keep our infection — think of it — keep all of the infection, let it come in,” he said, before expressing surprise that tens of thousands of Americans die from the flu each year.

“I said, ‘Nobody told me that. Nobody knows that.’ So I actually told the pharmaceutical companies, ‘You have to do a little bit better job on that vaccine,’” Trump continued.

Then, following the rally, the White House released a statement not detailing new federal initiatives to help stop the spread of Covid-19, but highlighting tweets from Republicans praising the administration’s response.

On Tuesday, Trump gave a speech to the National Association of Counties Legislative Conference in which he brought up the coronavirus but then expressed confusion about the difference between cures, which eliminate diseases, and therapies, which treat them.

“Therapies are sort of another word for cure,” he said, conflating the two.

"Therapies are sort of another word for cure" -- Trump still hasn't figured out what a vaccine is pic.twitter.com/QSAk6cyDlW

While Trump may be confused about what’s going on, Vice President Mike Pence — head of the administration’s coronavirus task force — did claim during a news conference on Monday that treatments for Covid-19 could be available within the next couple of months. He did not provide details, however. 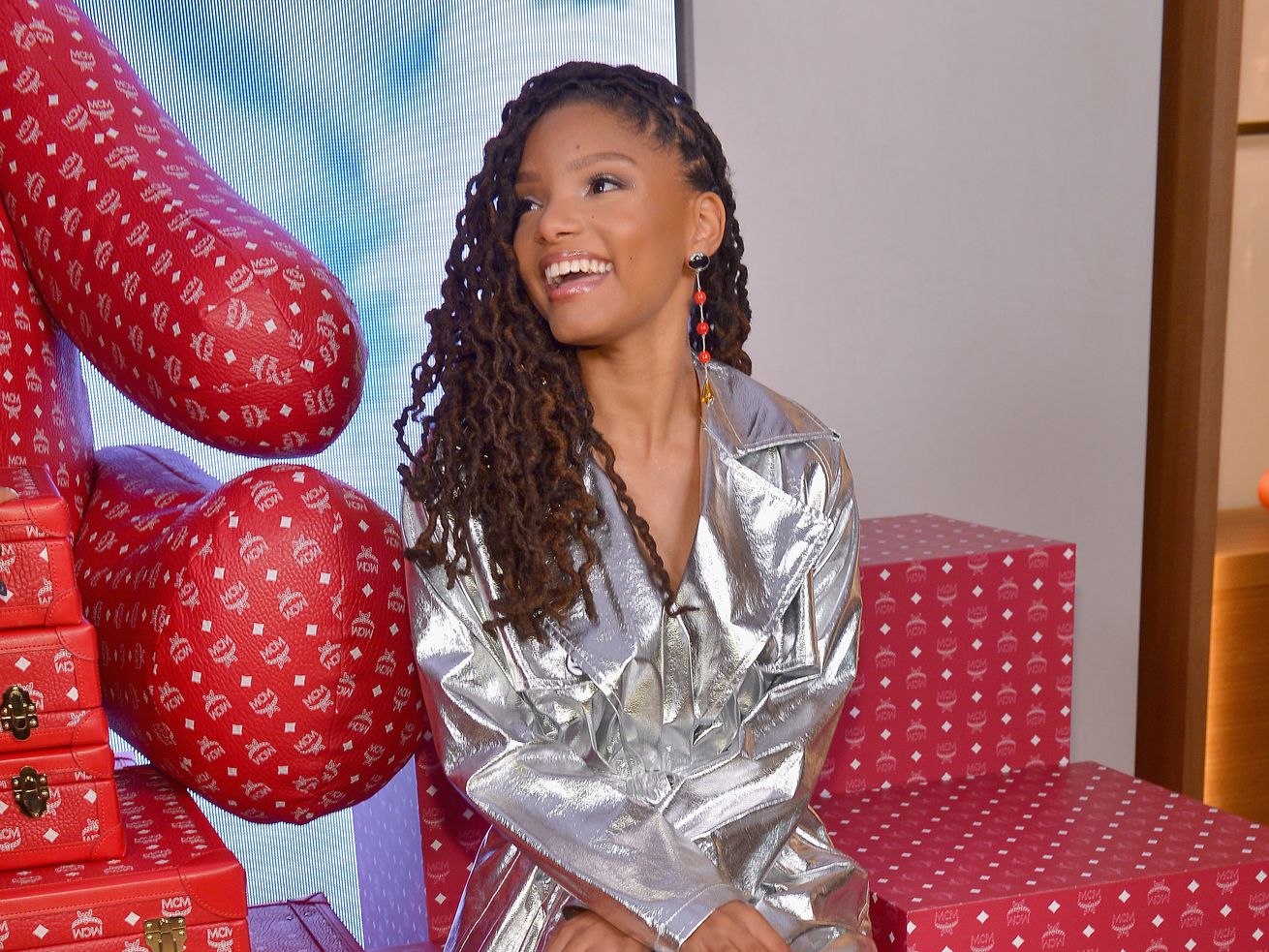 Every Disney princess for the past 30 years has had Ariel’s face. Now Ariel has a new face.

Disney’s forthcoming live-action Little Mermaid is set to star actress and singer Halle Bailey, of the R&B duo Chloe x Halle, as Ariel, Variety reports. That means that one of Disney’s most iconic princesses is going to look quite different. This Ariel will be black.

That’s a giant deal, and not just because Ariel is a popular Disney princess with arguably the best “I Want” song in the Disney canon. Ariel is also the princess whose character design set the mold for the astonishingly homogenous run of giant-eyed, small-nosed Disney princesses we’ve met since The Little Mermaid debuted in 1989.

In 2015, a Tumblr user named Alex made a post titled “Every woman in every Disney/Pixar movie in the past decade has the exact same face.” She traced the face shapes for male and female characters from the past 10 years of Disney/Pixar movies, and she found that while the men had a variety of face shapes — square jaws and short noses! round jaws and long noses! the list goes on — the women’s face shapes were nearly identical: they all had round cheeks, giant round eyes, and tiny button noses. In extreme close-ups, it was almost impossible to tell the difference.

“Same Face Syndrome” is most noticeable in Disney’s current era of CGI animation, but it goes back to the traditional animation of the Disney Renaissance. Classic Disney heroines like Beauty and the Beast’s Belle, Aladdin’s Jasmine, and Tarzan’s Jane also share the basic Disney Same Face character modeling — round face, big eyes, small nose — and Ariel, who ushered in the Disney Renaissance when The Little Mermaid came out in 1989, set the mold for them.

That means that for the past 30 years, Disney has been selling a very specific face as its cultural ideal for girls, one that is anatomically impossible but that exaggerates mostly European features. (Ariel was loosely modeled after Alyssa Milano.)

And now, the white, red-headed character who originated that face is going to be reimagined as a black girl. In terms of Disney iconography, that’s an exciting step forward.

As to whether it means that the movie will be better than the other live-action Disney movies … well, that remains to be seen. The “gay Le Fou” plotline in 2017’s Beauty and the Beast proved that Disney isn’t above making a gesture at inclusivity and representation for the positive headlines without actually doing the work necessary to make that representation feel meaningful.

But Disney has also proved with 2014’s Maleficent that these live-action remakes are at their best when they have a strong point of view about their source material and aren’t afraid to remix it heavily. Bailey’s casting might be a signal that the new The Little Mermaid is willing to look back at the original with a critical eye — but at this point, we really don’t have enough information about the new movie to say for sure.

We know that it has a strong cast: in addition to Bailey, Melissa McCarthy is in talks to play Ursula; Awkwafina (Crazy Rich Asians) and Jacob Tremblay (Room) have already signed on to play Scuttle the seagull and Flounder the fish, respectively. We know that Alan Menken is teaming up with Hamilton’s Lin-Manuel Miranda to write new songs for this version, and that it’s directed by Rob Marshall of Chicago and Into the Woods … and that’s about it.

What we can say for sure is that the character who originated Disney Same Face Syndrome just got a new face. That’s exciting, no matter how you’re going to look at it.